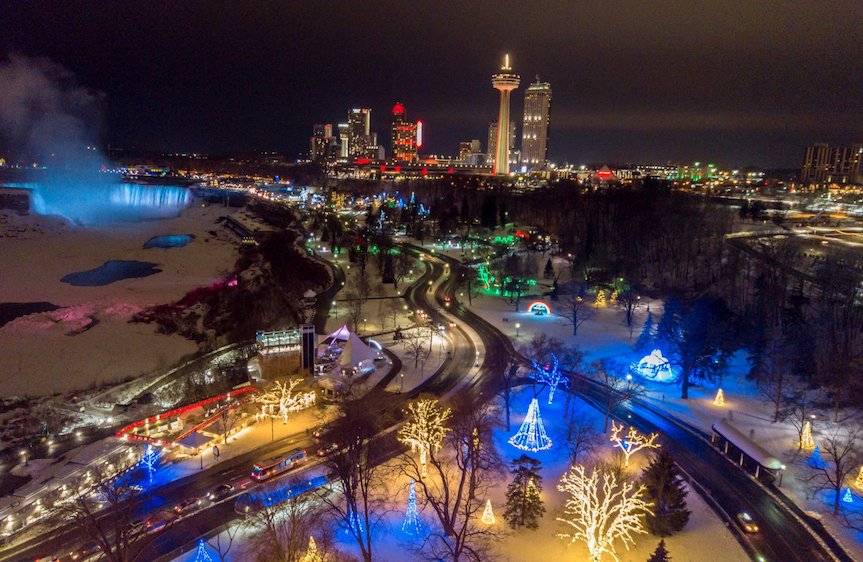 This holiday season will be the brightest ever in the most popular tourist attraction in Canada – and one that conveniently spans the border with the U.S. - just as the land border between the neighboring countries is set to be open in both directions.

Beginning in mid-November and running 101 nights all the way to late February 2022, Canada’s largest, free outdoor light festival will take place. It’s the longest Ontario Power Generation Winter Festival of Lights of its 40-year history, designed to keep spirits bright throughout the darkest days of the year.

With over 3 million lights and over 75 spectacular displays providing colourful visuals, Niagara Falls will be transformed into a twinkling winter wonderland along the Niagara Parkway, Dufferin Islands and across the tourism districts. Visitors to this popular annual festival can bundle up and walk or drive through the Festival route to explore the outdoor, socially distanced, self-guided experience. 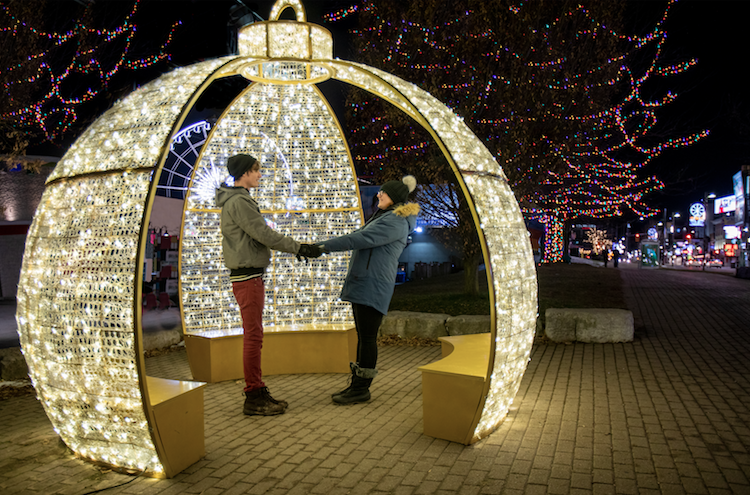 That’s of course in addition to the nightly, colorful illumination of the Canadian side, Horseshoe Falls. The lights in the winter takes on a fantasy appearance as mist generated by the torrents of falling water freeze as they rise up into the air, creating natural and other-worldly ice sculptures clinging to the Falls.

You may even want to take more than one trip to Niagara Falls for the 2021-22 OPG Winter Festival of Lights. The Festival will be presented in two parts.

From November 13, 2021 – January 9, 2022, over Christmas and New Year, the Festival features favourite 3D animal and holiday themed displays, including the popular Dufferin Islands loop within Niagara Parks. 20 new displays introduced in 2020 will return, including a giant gingerbread house, 20-foot polar bear and fairy tale castle, plus 8 new displays for 2021.

Then from January 10 - February 21, 2022, spanning Valentine’s Day, the new, second half of the Festival showcases winter wonderland and love-themed displays. 3D animals from Dufferin Islands will magically appear in other parts of the tourism district, and holiday themed displays will be replaced with new illuminations.

New Light Show Dramatically Illustrates the Other Side of the Falls

This winter season may be the perfect time to discover the illuminated magic of Niagara Falls. The city has just opened another fascinating attraction with its own, celebrated light show.

The Niagara Parks Power Station is a new landmark attraction just south of the Canadian Horseshoe Falls that opened late summer. It pays homage to the incredible power of the water that flows over the Falls - and how the Falls have benefitted residents on both sides of the border, in addition to Niagara Falls’ place as one of the Natural Wonders of the World.

The first major power plant on the Canadian side of Niagara Falls, the Niagara Parks Power Station was completed in 1905 to produce hydroelectricity by leveraging the power of the six million cubic feet of water that surge through the Niagara River and over the Falls every minute. Horseshoe Falls on the Canadian side is the most powerful waterfall on the continent.

Beyond its stunning architectural features and landscape design, the power station was one of the first in the world to undertake a major tunnel project, with water entering the structure and dropping 180 feet before being expelled into a 2,000 foot tunnel that emptied into the lower Niagara River, right at the base of the Horseshoe Falls.

An engineering and architectural marvel, the station’s generators were the largest of their kind. Power generated from the Niagara Parks Power Station was used to service Fort Erie, Ontario and Buffalo, New York, and the plant remained in operation over one hundred years, until 2006 when it was decommissioned.

By day, visitors explore the preserved interior of the historic power station, transformed with new exhibits and guest amenities. 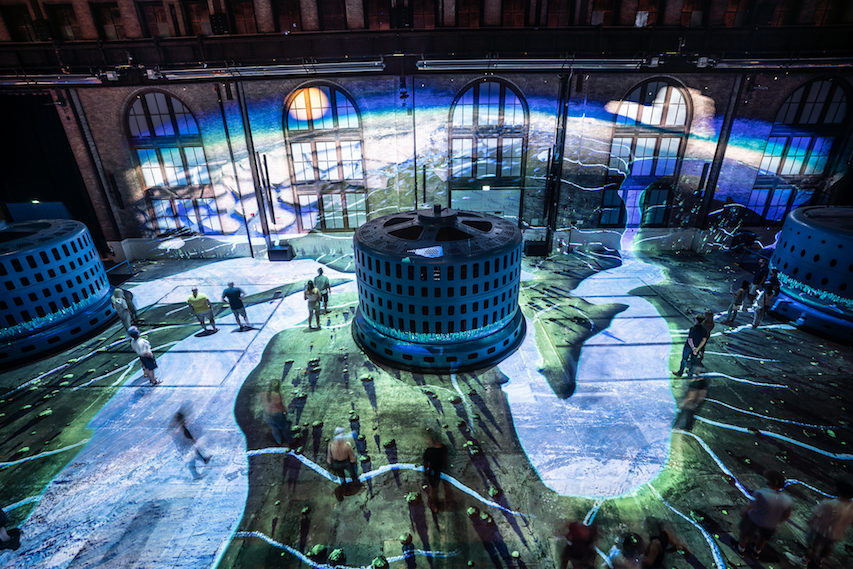 Each night, an immersive sight and sound experience “Currents: Niagara’s Power Transformed” brings the building’s story of transforming water to electricity to life. This immersive, family-friendly experience features incredible 3D projection, interactive moments of wonder, and a breathtaking musical score in the heart of the power station.

The dramatic light show at the Niagara Parks Power Station - as well as the newly-extended Festival of Lights - will brighten any traveler’s winter.

Contact one of our Travel Professionals to start your trip and live an incredible winter experience in Canada!