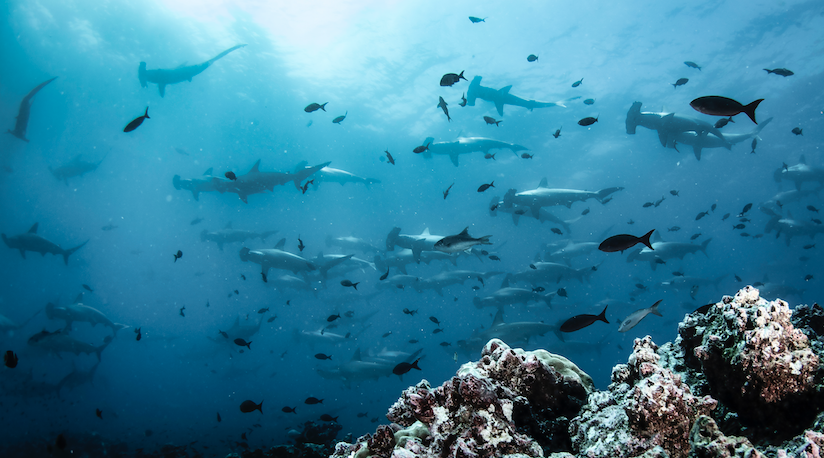 At 2021’s Climate summit in Glasgow, something pretty extraordinary for one of the natural world’s greatest treasures happened. Neighboring countries Ecuador, Colombia, Costa Rica and Panama got together and agreed to create an ‘ocean highway’ to allow threatened marine species in and around the richly and uniquely biodiverse Galapagos Islands to safely travel to the territories they need to survive.
The Galapagos Islands famously inspired the pivotal works about evolution of species by Charles Darwin. The Islands are part of Ecuador, and that country has now got the ambitious project underway. Not with ‘shovels in the earth’ like a launch ceremony for a human transportation route. 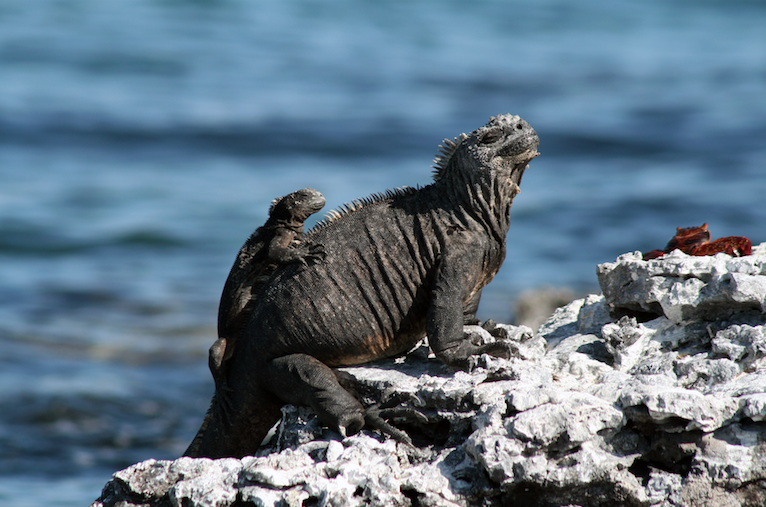 Rather, Ecuador has expanded the Galapagos marine reserve. It’s already one of the largest in the world at over 53-thousand square miles. Its expansion by another 23-thousand square miles will bring it up to over 75-thousand square miles of conservation – an area three times the size of Belize! protected from industrial fishing and other harmful human activities.
The new reserve has the fitting name of Hermandad or 'Brotherhood.'
'There are places that have made a mark on the history of humanity, and today, we have the honor of being in one of those places,' Ecuador’s President Guillermo Lasso said at the official signing. 'These islands that welcome us have taught us many things about ourselves. So, instead of acting as the absolute masters of these lands and seas, shouldn't we act as their protectors?'
Environmentalists say the reserve will help protect at least five of the region’s most threatened marine species, including hammerhead sharks, whale sharks, millions of sea turtles and rays and other species that migrate between the Galapagos and Costa Rica’s Pacific Cocos Island.
That’s just the first step down this underwater ‘road.’ The ultimate goal is to connect the two UNESCO World Heritage Sites via a protected ‘ocean highway.’
The Eastern Tropical Pacific Marine Corridor, running through Ecuadorian, Colombian, Panamanian and Costa Rican waters will exclude harmful human activity to permit sea creatures the safe spaces and distances they need to thrive, anchored at both ends by already-protected island territories.
Humans will still be allowed entry to the growing ‘underwater highway’ marine zone between Galapagos and Costa Rica’s Cocos Island. 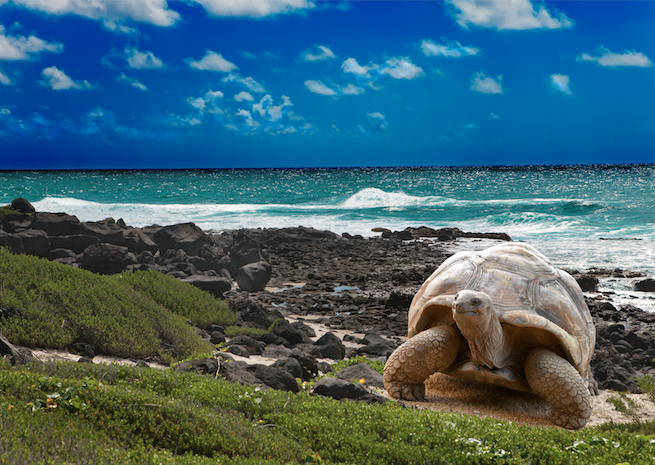 There’s more interest than ever in travel to the Galapagos Islands, as post-pandemic pent-up travel appetites are inspiring people to book their bucket list trips. This natural wonder of the world, famous for pristine land-and seascapes, and close encounters with one-of-a-kind creatures like giant tortoises, marine iguanas, blue-footed boobies, and more, ranks high on the list of once-in-a-lifetime, transformational trips.
Responsible tourism through respected and local operators will help maintain critical awareness and financial incentives for the continued protection of one of the most audacious – and hopeful – marine conservation projects of our time.