France has the Eiffel Tower. The U.S. has the Statue of Liberty. But the visual shorthand for Japan is not man-made. It’s Mount Fuji.

The Japanese archipelago is part of the Pacific Ring of Fire. Chains of volcanic mountain ranges form the spine of the Japanese islands, and mountains have assumed immense cultural and spiritual significance over the millennia.

Nearly every population center is associated with one or more mountains, where forests of bamboo, Japanese cypress or maple, and fields of wildflowers like azaleas have provided the Japanese with the opportunity to commune with nature.

Japanese culture even has a phrase: ‘shinrin-yoku’, or ‘forest bathing’ to describe the national practice of interacting with natural spaces and enjoying physical and spiritual benefits. It’s almost always associated with mountain terrain.

And the granddaddy of them all is Mount Fuji. Other peaks have names like Asama-yama, using the word yama meaning mountain (in English we’d say: Mount Asama). But you would never say Fuji-yama. Fuji is an almost human character in the fabric of Japanese culture, and is given the personal honorific title: Fuji-san.
At 3,776 meters (nearly 12,500 ft), its peak is the highest point in the country. Its form is spectacular in almost-perfect volcanic symmetry, dramatically snow-capped nearly half of the year. And unlike many mountains in Japan, Mount Fuji rises from flat plains and so is perfectly framed to be viewed from several stunning vantage points. 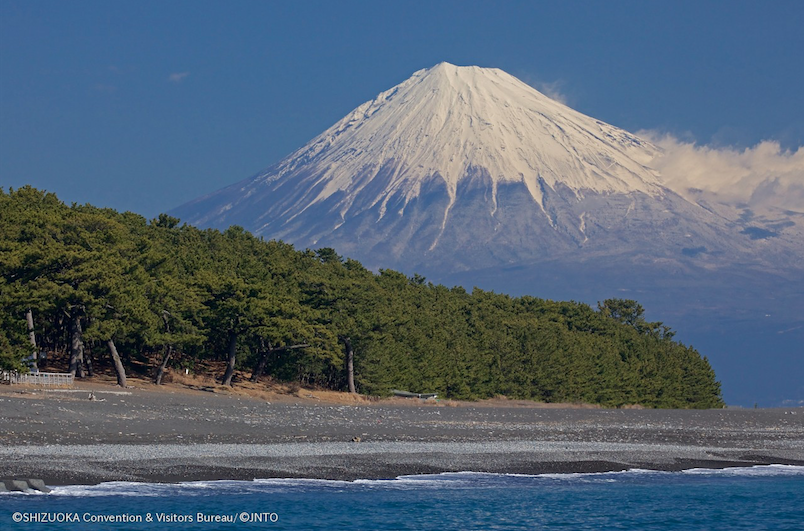 Only 100 km (60 miles) south-west of Tokyo, Mount Fuji acquired national significance when early Tokyo became the capital hundreds of years ago. Poetry was written praising its beauty, which was captured by countless generations of Japanese artists. Mount Fuji became one of the earliest images of Japan to other countries and the West.
Fuji-san is considered a holy mountain in Japan, and for centuries, people have been making pilgrimages to the summit.
Hundreds of thousands of Japanese climb Fuji every year, and many visitors to the country join them. There are a number of trails to the summit. They all have 10 stations, and most people start at the 5th station (on Fuji Subaru Line), the last point where vehicles can reach.
You can look at hiking Mount Fuji from a purely active-travel point of view, to say you’ve done it, and to enjoy the experience and the view from the top.
But to make the climb the spiritual experience the Japanese seek, do as most Japanese do, which is make the 7-hour-or-so climb during the night to be at the summit as the first, pure rays of the sun illuminate the peak. Sun rise is symbolic in Japanese culture (the ‘Land of the Rising Sun’).
The spiritual approach adds meaning to the historic shrines and teahouses, stone monkey guards at the entrance of the main Yoshida trail, and the monuments at each historic station on the way up erected by followers of the local, Fuji-ko faith.

It’s one of Japan’s most active volcanoes. You can almost always see smoke curling into the air from Mount Asama, in the Northern Japanese Alps in the prefecture that hosted the 1998 Winter Olympics. 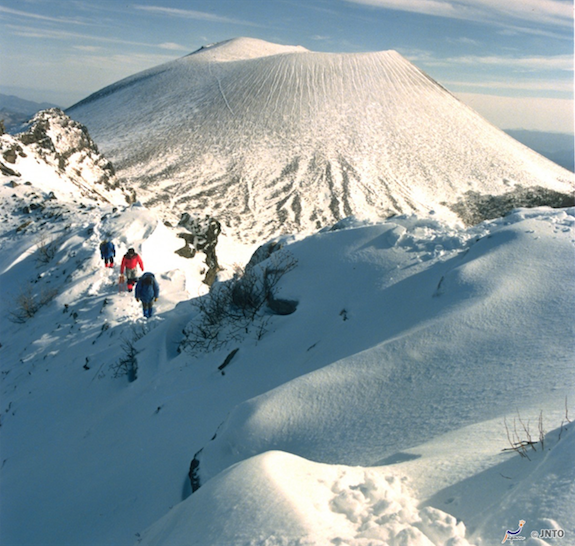 A bonus of a hike up Mount Asama is that most people start from the chic, forested, summer-retreat town of Karuizawa. Japan’s Imperial Family have their summer home there, and other elite Japanese have followed their lead, making it a stylish vacation destination as well as a cool retreat from sweltering summer heat in nearby Tokyo.
The 4-hour climb to the summit takes you through cool, dense forests in the lower ranges, then above the tree line where the view opens up in a spectacular way. After your hike, an outdoor natural hot springs located at the trailhead is the perfect way to ease any climbing aches away in the fresh mountain air at 2,000 meters (6,500 feet)! 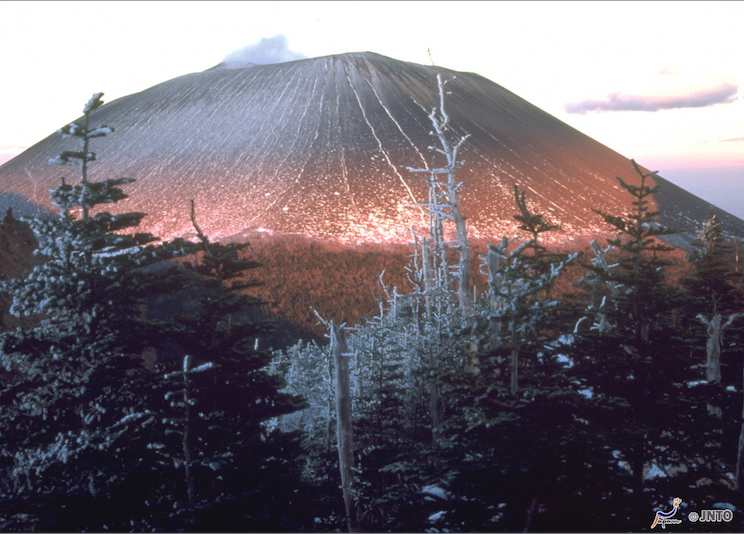 One of the most unforgettable experiences at Mount Asama is in the wake of its massive, 1783 eruption. In addition to a Buddhist temple in memory of those who perished, the lava field is now a park. It is like a sci-fi movie set, where trails take you through a ‘forest’ of stark and jagged lava formations and superb views of the volcano in the background. The park is memorably named Onioshidashi, ‘The Place Where the Devils Emerged from the Earth’.

While the southern parts of Japan are tropical, its northern island prefecture, Hokkaido, is more like Russia and Alaska at similar distances above the equator.
The Shiretoko Mountains are the feature of a National Park known for its unspoiled beauty, variety of wildlife and its drifting sea ice where visitors can take ice walk tours in winter. As sea ice drifts along the peninsula, brave visitors walk along a seeming conveyor belt of ice - with a few polar dips in between! 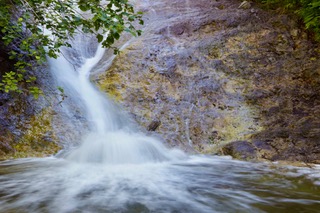 The park itself is dotted with hot springs. One very special hot spring phenomenon is Kamuiwakka Hot Waterfall, a unique cascade of hot water at the river’s head that can only be reached by foot. Visitors wade through warm water that increases in temperature higher up the river. Walking over waterfalls and upstream feels like discovering unexplored, mystical emerald-green terrain, and your final reward is the source of this hot shower called ‘Water of the Gods’ in the local indigenous Ainu language.

Japan’s largest active volcano looks downright tame, covered in a smooth rolling layer of green felt. Mount Aso’s 100km (60 mile) caldera is one of the world’s largest, and there are several smaller volcanoes inside. 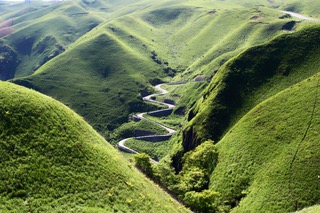 Like most active Japanese volcanoes, you need to check before you go if you hope to climb. Mount Aso’s peaks are occasionally closed due to volcanic activity. Helicopter tours are a popular way to view the steaming crater. And the nearby Aso Volcano Museum explains the volcano’s activity and its status in Japan as a deity.
A bonus of a trip to the area is the chance to see local Akaushi cattle, prized for their high-quality wagyu (‘Kobe beef’), freely roaming the plains. It’s one of the few places in Japan where you can go horseback riding, along trails that ribbon the picturesque landscape. You might be a little sore after your ride, but no worries, because the volcanic activity means the area has many hot springs Two are inside Mount Aso’s crater itself!

Japanese, like mountain cultures the world over, associate peaks, fresh mountain air, and outdoor activity with purity and good health. In the aftermath of a global pandemic, mountain escapes have a special resonance. A trip to Japan focusing on its revered alpine experiences is a spiritual and wellness journey for the times.

Contact your Travel Professional to plan your next trip to Japan, whether it’s active, spiritual or leisure travel.